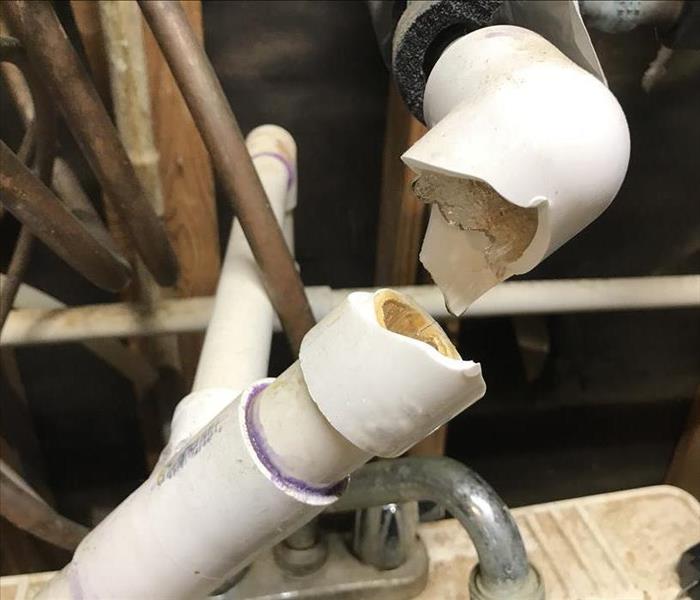 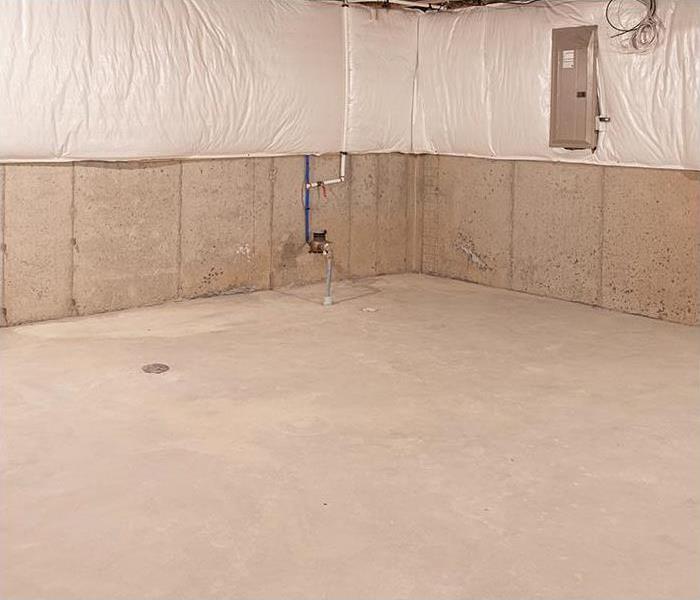 When a week of heavy winter storms hit this Ludlow, NY residence, a PVC water pipe froze and burst after the property lost power. The ensuing flooding was catastrophic, leaving behind a solid inch of stagnant water in the basement before the pipe could be sealed off. Knowing the water damage was a ticking timebomb, the homeowner wasted no time in contacting SERVPRO of Yonkers North to rectify the issues.

At SERVPRO, water disaster mitigation is a major part of our services. From categorizing different types of water damage and the subsequent implications to coming equipped for any water mitigation job, our crews are trained and able to tackle any water damage that may affect your home or business.

After donning protective gear and rubber boots, the SERVPRO crew descended into the flooded basement equipped with sump pumps, removing the vast bulk of the water with relative ease. After gathering the remaining puddles of water with squeegees, the last of the water was soaked up and removed from the basement. Next, the shattered PVC piping was replaced, and dehumidifiers were set up, to remove any moisture lingering in the air. Once a quick microbial spray was conducted to prevent the potential of molds and mildews, this Ludlow, NY residence’s basement was left looking “Like it never even happened.”