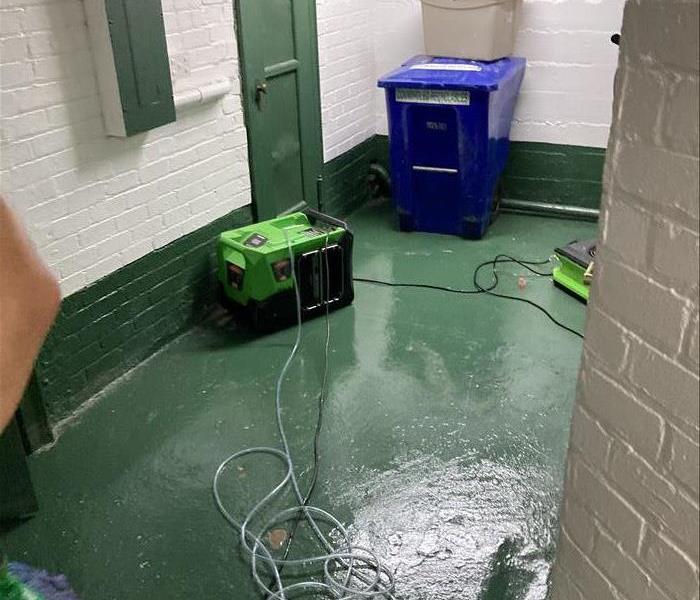 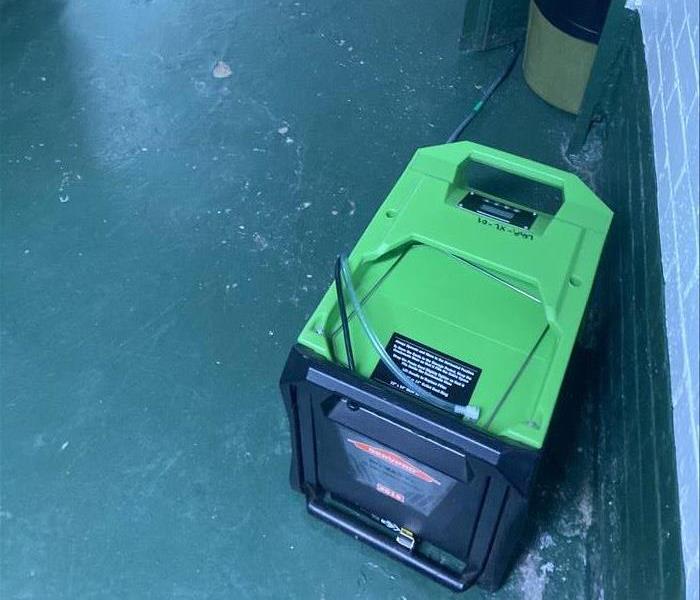 The basement of this Lincoln Park, NY apartment complex was subject to heavy flooding damage after a week of heavy storms. A sump pump failure only exacerbated the problem, leaving at least a half inch of stagnant water in the building. Knowing the clock was ticking for further damage in the form of mold, the property owners made the swift decision to contact SERVPRO of Yonkers North, a national leader in 24/7 disaster mitigation services.

Arriving to the apartment complex in a van stocked with all the water damage mitigation equipment they could possibly need, the SERVPRO crew got to work at once assessing the extent of the damage. Thankfully, our trained professionals were able to arrive on site quickly, as the damage was still relatively minor.

After a quick assessment was conducted, sump pumps and squeegees were deployed to remove the majority of the water. Mopping up and removing any residual stormwater, the crew was able to remove all of the moisture from the basement. To ensure the job was complete, dehumidifiers were ran for several days following the flood to ensure the humidity generated from the large amount of water wouldn’t pose further issues. When all was said and done, this apartment complex looked “Like it never even happened.”