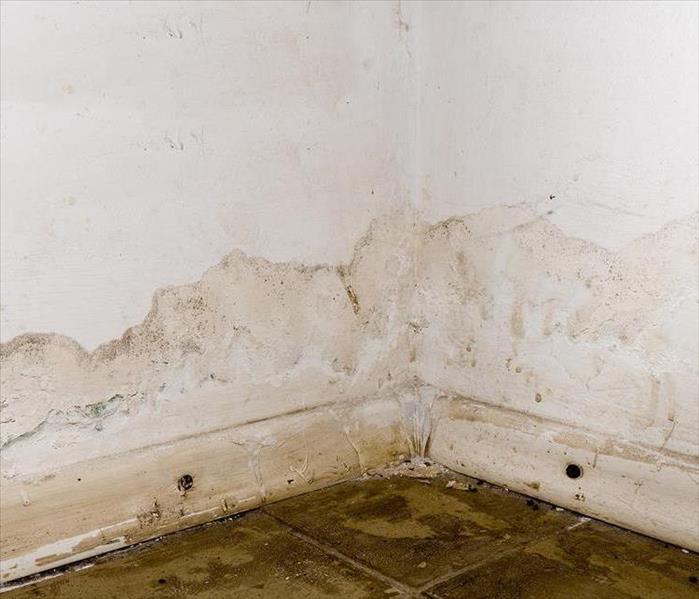 When the owner of this restaurant in Scarsdale, NY had a flood due to a failure of a sump pump in the basement, they knew they were in big trouble. Without the business running, there was no way for him to make money or pay his employees. Knowing that time was of the essence he called the professionals at SERVPRO of Yonkers North to handle the damage.

When we first arrived on the scene of the flooded basement in the restaurant, there were already signs of mold forming around the room and about half an inch of water pooling on the floor. The owner of the restaurant explained that he needed to get the business back up and running as soon as possible, and of course, we understood.

What did we do?

Our first concern in this flood damage situation was to remove all of the standing water in the basement so we would be able to access the sump pump and deal with the mold that began to form. After the basement was drained, sprayed, and dried out, all damaged materials were removed, and the sump pump was replaced, the owner was pleased with how quickly the job had been done. He and his employees were back to work serving Scarsdale, NY “Like it never even happened.”