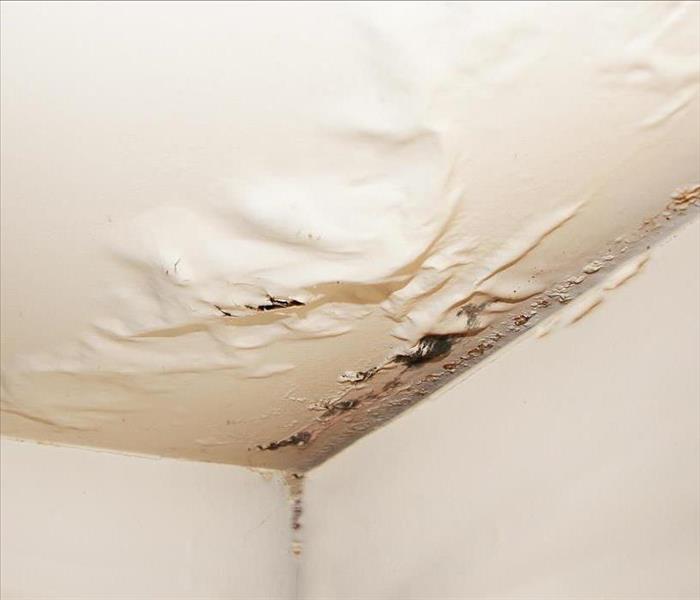 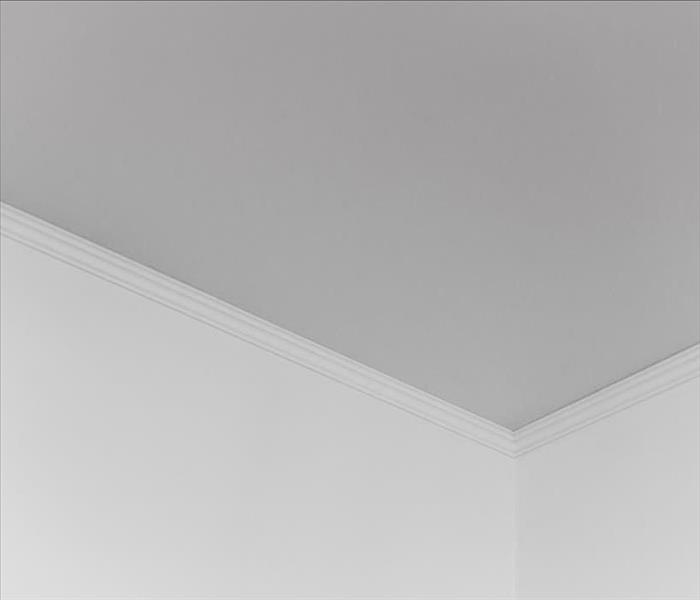 During a violent storm in Hastings-On-Hudson, NY this house, unfortunately, experienced damage to its roof. The water was able to seep through the damage and down into the ceiling of the second floor of the house. Without knowing what to do about the damage, the homeowner decided to call SERVPRO of Yonkers North for help.

The damage to this home’s ceiling seemed to be consolidated to one area upon the homeowner's initial inspection, but when our team of storm damage clean up specialists arrived on the scene, they informed the owner that storm and water damage disasters often are much worse than they appear. The homeowner had a lot of questions about the storm damage disaster and we were happy to answer every question that they had.

The first objective we had at this particular disaster was to cover up any external damage to the structure so that no more water or moisture would be able to penetrate the building causing the water damage to the ceiling and surrounding walls to get worse. After securing the exterior of the house, we moved on to taking moisture level readings in order to determine where the damage had spread throughout the house. After determining where the water damage had spread to, our team carefully removed all of the damaged material and implemented their professional-grade drying equipment to remove all of the moisture in the area. While the interior of the house was drying, our team repaired the exterior of the house, and by the time they were done, the interior was dry. The last step was to renovate the damage on the inside. The homeowner was pleased with the speed and transparency of the work that our team at SERVPRO of Yonkers North completed, noting especially how he was happy to have all of his questions answered.