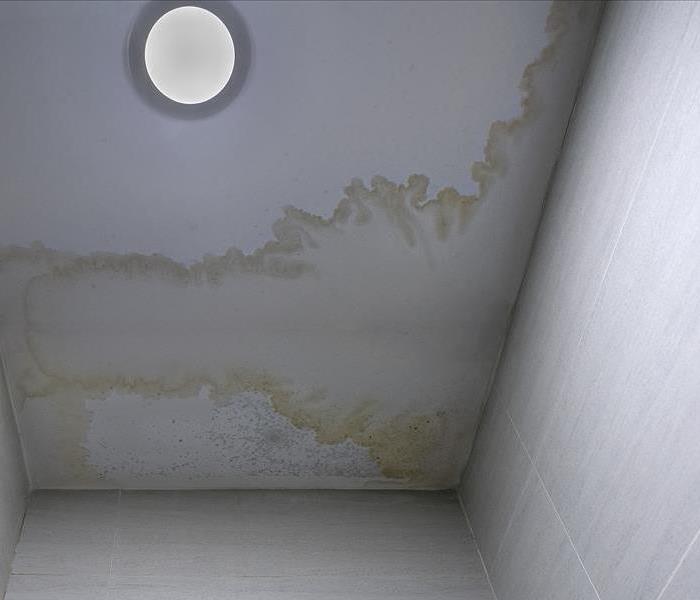 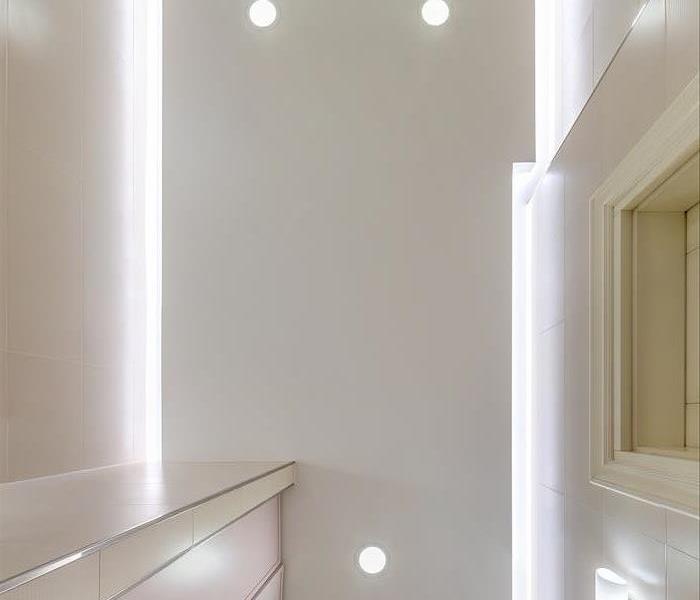 When heavy winds ripped roofing off of this Scarsdale, NY office building, water was able to infiltrate to the ceiling below. Before long, a massive brown stain had appeared in the corner. Disturbed by the speed at which the damage compounded, the property owner made the decision to call SERVPRO of Yonkers North to repair the building.

Knowing that any delay could lead to additional damage, we made sure to dispatch a trained crew of professionals to the building at once, ensuring that no further damage would befall the property owner. After assessing the extent of the damage with moisture sensors, we were able to pinpoint our efforts in the affected areas, allowing a much faster turnaround time, and minimizing interruption for the businesses in the property.

After sealing the leaking roof, workers began stripping away the stained drywall, soaking up additional moisture above the ceiling as they went. Once they were confident all of the affected drywall was removed, our trained professionals proceeded by spraying an antimicrobial compound inside the ceiling. This prevented any future molds from growing out of sight, mitigating future risk. Replacing the drywall came next, followed by an additional antimicrobial treatment to ensure any mold spores would never get the chance to germinate from the moisture. Once the job was done, this office’s lobby had returned to normal, proving the SERVPRO Guarantee yet again; be it storm, flood, or fire damage, you can rest assured SERVPRO can make it look “Like it never even happened.”